Currently I am reading Merry Hall, by Beverley Nichols, which was first published in 1951. What can I tell you about the book and its author? It is a charming and witty book that will delight anyone who is interested in gardens (Nichols is best remembered as a writer of gardening books though his range was extensive) and anyone interested in the social history of an England that has long-vanished - vanished unless you happen to be Prince Charles and live in Highgrove House. 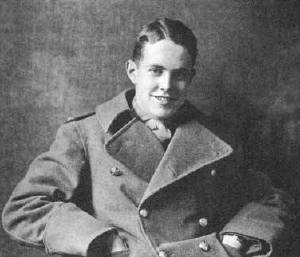 Merry Hall is autobiographical writing - the first in a trilogy of books about the discovery, purchase and renovation of a decrepit Georgian country house, which the author claims, perhaps with a touch of literary irony, to have purchased largely on account of a fabulous display of Regale lilies in the kitchen garden.
We read about Mr. Gaskin, Mr. Nichols' manservant from 1924 until his death in 1966, and the laconic gardener Oldfield; about the Siamese cats, and Nichols' disparaging friend Bob R..., a member of an eminent and wealthy Jewish family, as well as about the mammoth task of taming the house and garden.Some of the anecdotes are making me laugh out loud. On the down side, I find the personification of Mr. Nichols' cats a bit twee and disingenuous.( But I don't like cats, so perhaps I'm biased).


You may by now have gathered that Mr. Nichols came from the upper crust of English society at a time when a firm class system, now largely declined, was entrenched. Which is to say that everyone knew his place and by and large stuck to it. As a result of his privileged upbringing and an education at Marlborough College (attended more recently by the former Kate Middleton, now the Duchess of Cambridge) and Oxford University Beverley Nichols books are written in a style of English that is grammatically impeccable, a voice that resounds with echoes of upper class speech patterns, and a type of wit that typifies men educated in the very best public schools.( I feel that I can testify to the wit as one of my past and varied employers was a gentleman who was educated at Eton and who carried his minor hereditary title lightly).

You can read more about Beverley Nichols here -  http://www.beverleynichols.com/

GlenR
Seventy-something granny still thirty-something in her own head. Earned a B.A.Honours Degree in English Literature at the age of 67. Practices relaxation and mindfulness, walks with a Nordic walking group of other third age kids. Attends the gym intermittently: regularly cooks delicious meals for a son who can’t, or won’t, cook. Loves books, English history, travel, Venice, the cinema and gardens. Occupies the centre to left political ground. Likes to laugh and appreciates literary irony.